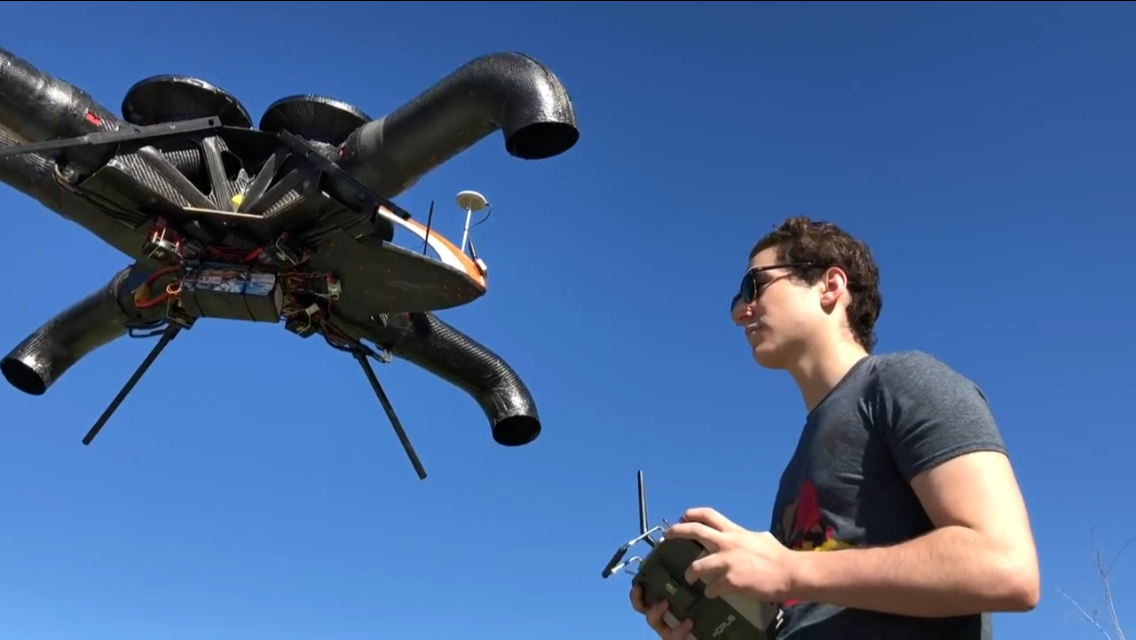 Stephano Rivellini was tired of larger drones being dangerous, due to their high-speed propellers. Even with prop guards, they can still catch fingers and nearby objects. His idea? Ducted fans with long tubes.

The long tubes make it impossible to get a finger or hand into the fans. In fact, the design is so safe that you can fly right next to your face with no worries!

The next challenge was the power requirements. The four ducted fans require 10,000 watts in combined electricity. That’s the equivalent of nearly 7 hair dryers on full power! That was solved by using large, heavy batteries.

The biggest challenge, however, was probably the construction. Stefano decided to go with a carbon fiber body, which makes for a strong and lightweight model but requires much labor. He used wood and PVC pipes as the molds and laid the carbon fiber onto them. In total, the project took about a year!

After some tweaking of the control system, Stefano was happy enough with the results that he applied for a patent. Congrats to him! Watch the short video below to see how it turned out.