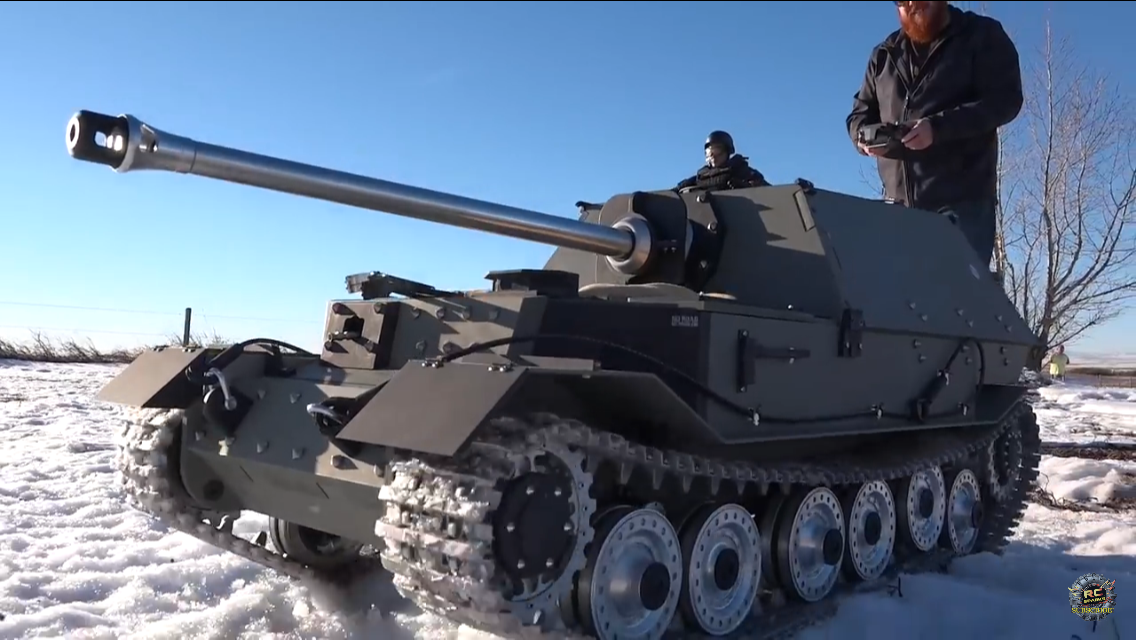 What happens when a group of men get bored and have some extra cash in the winter? In this case, the boys at RCSparks Studio on YouTube decided to buy a radio controlled tank kit and put it together.

After spending who knows how many weeks putting it together, they produced a video to show the world their new baby. Over five million people have already watched them try out their newly-assembled military model with a small child, snow, and fire. Just an ordinary day, right?

The video begins with the tank up on a table, and they have to figure out how to get it down. Will the temporary wooden ramp they built hold up to the weight? Watch the video below to find out!

Driving in the Snow:

Price & Where to Buy:

Conclusion:
Maybe it’s true that men never really grow up. They are just bigger boys with their bigger toys! Although this R/C tank cost thousands of dollars, this group of guys is just having some good, old-fashioned fun, right? If you had that kind of extra cash, would you order one of these kits for yourself?